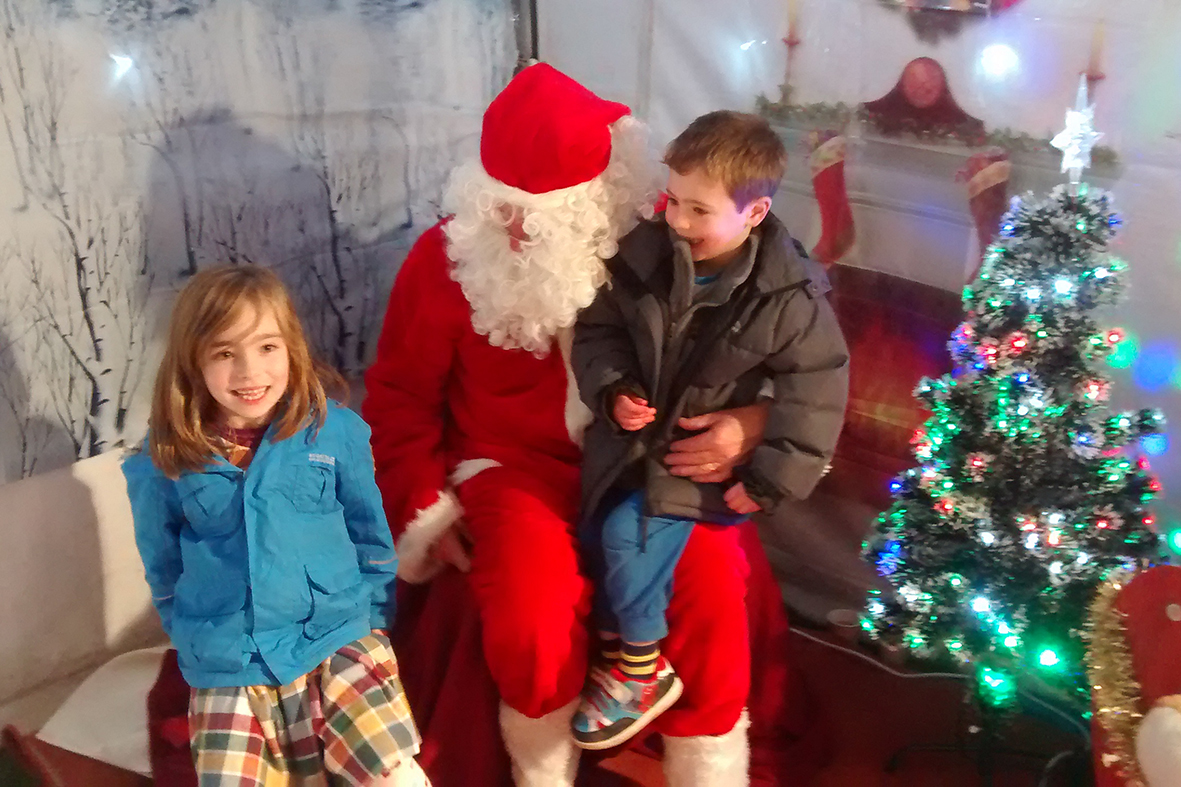 The school had a fantastic (if a little wet and windy) Christmas Fayre. The Tombola’s were as popular as ever with the Teddy & Chocolate Tombola being left with only 3 small teddies as the Fayre closed. Mr. Green was kept busy in his ‘Water & Wine’ stall with parents hoping at the end of their busy weeks that water could be turned into wine!

Lots of golden tickets were found on the cracker stall, the lucky dippers were lucky and Rudolph’s carrot game proved popular (for some children the only time they were keen on carrots!)

Mrs. Screen sold most of her stock in the first 5 minutes as helpers and early attenders bustled to get to the front of her stall. The cake stall saw lot’s of Christmas themed cakes leave the plates and hot food couldn’t come out of the kitchen quick enough with mince pies glugged down with yummy marshmallow covered hot chocolate.

There were plenty of Christmas wrapping paper, cards etc. courtesy of Mrs. Smith’s daughter and Tess Wheeler and more glow items for sale. Folsey had everyone guessing with their Treasure Chest game and we had a lucky winners for our ‘Guess the Weight of the Cake’, ‘Guess the Name of the Horse’ and raffle. There were also prize winners on the Card and Keyring Stalls.

And of course Father Christmas was very popular with the children (and parents alike) as they took a magical twinkly lit journey to meet him in the fantastic animal and igloo themed Grotto. The children will be seeing him again at the Christmas Party on the 17th December.

Mrs. Paget’s marshmallow snowman stall had children queuing round the table. Most painstakingly constructed their ‘Olaf’s’ and then devoured them on the spot with only a few biscuit crumbs remaining!

We raised a fantastic £1000 (after expenses) so thank you to all of the parents, pupils, members of the public, volunteers and teachers who attended and a massive thanks goes out to the following people without whose help the Fayre would not be possible…

All the parents who donated tombola and raffle prizes and those of you who donned your aprons and baked cakes for the cake & refreshment stalls. A big thank you to all who stayed behind to help clear up, our school cleaners Emma and Zoe and those of you who came in over the weekend to help dismantle the marquee etc.