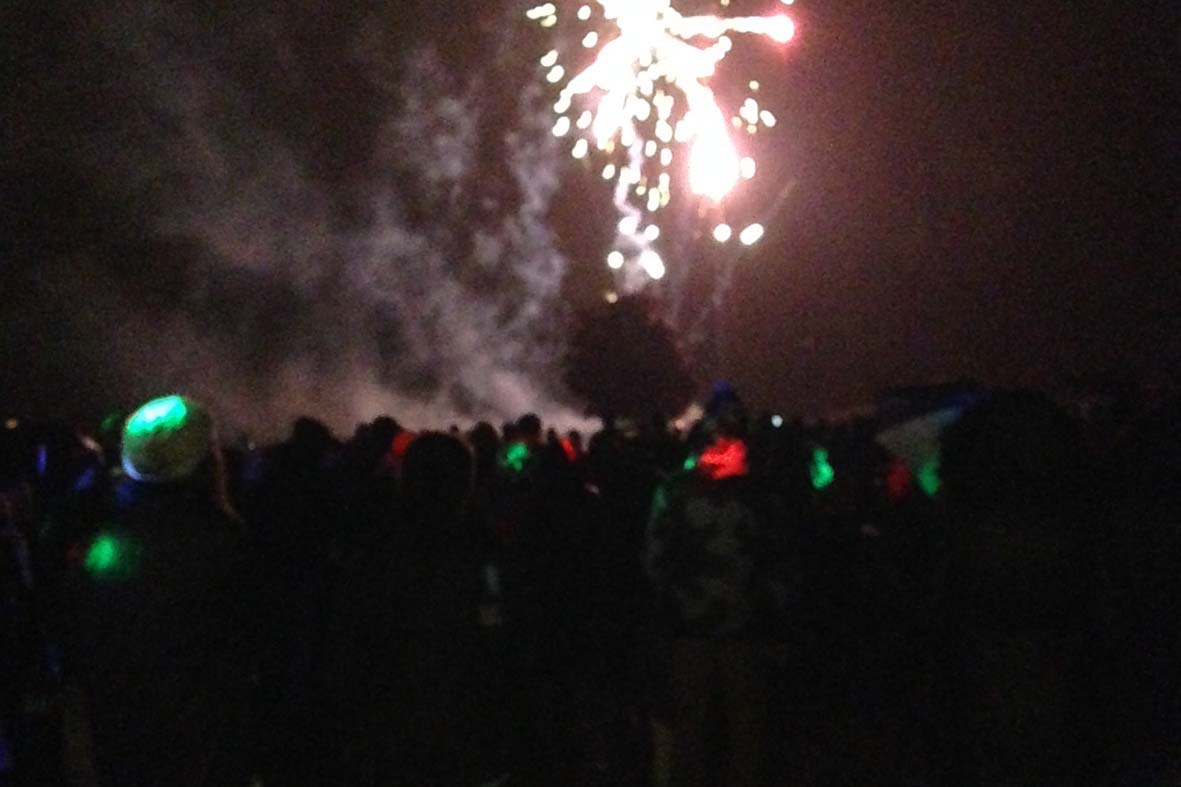 Firework fun despite the rain!

Our 2015 Fireworks Display did not disappoint, despite the weather’s efforts to try and get us to cancel it! Many others in the area had been cancelled but we kept a watchful eye on mother nature who gave us a window of opportunity between 5-9pm. There was the usual clammering for glow in the dark and migraine inducing toys along with our ever popular burgers and hot dogs. We sold out of chips and collectively managed to clear out the ketchup supplies… Mr. Smith returned and joined Mr. McNab (under the firework apprentice eyes of Mr. Green) to light the fireworks. Our new online ticket booking system was in full swing and many of you took advantage of it and beat the queues. Aside from the odd technical glitch (the urn) the team of helpers did a fantastic job of stewarding, selling, cooking, clearing up and much more in-between. We raised a fantastic £1700 (after expenses) so thank you to all of the parents, pupils and members of the public who attended and a massive thanks goes out to the following people…

A journalist from The Citizen/SN&J/Stroud Life attended and here are some pictures from the night! (much better than mine taken on my mobile phone)